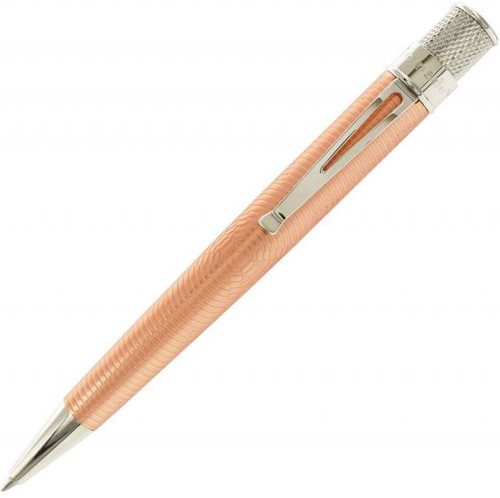 This Retro 51 Tornado Vintage Metalsmith Rollerball Pen features a tesla coil deign, acid-etched into the cooper barrel, a polished chrome trim and a knurled twist top that retracts the pen tip. Includes a preloaded black ink cartridge, and comes in a graphic tube that doubles as a pen stand.

Nikola Tesla (1856 – 1943) was a Serbian-American inventor, electrical engineer, mechanical engineer, and futurist best known for his contributions to the design of the modern alternating current (AC) electricity supply system. A genius well ahead of his time, his inventions are still being used to this day and his theories were so advanced that they continue to be studied, experimented on and even power the modern world. This Tornado's pen design was inspired by Tesla's spiral coil used in his wireless power experiments.