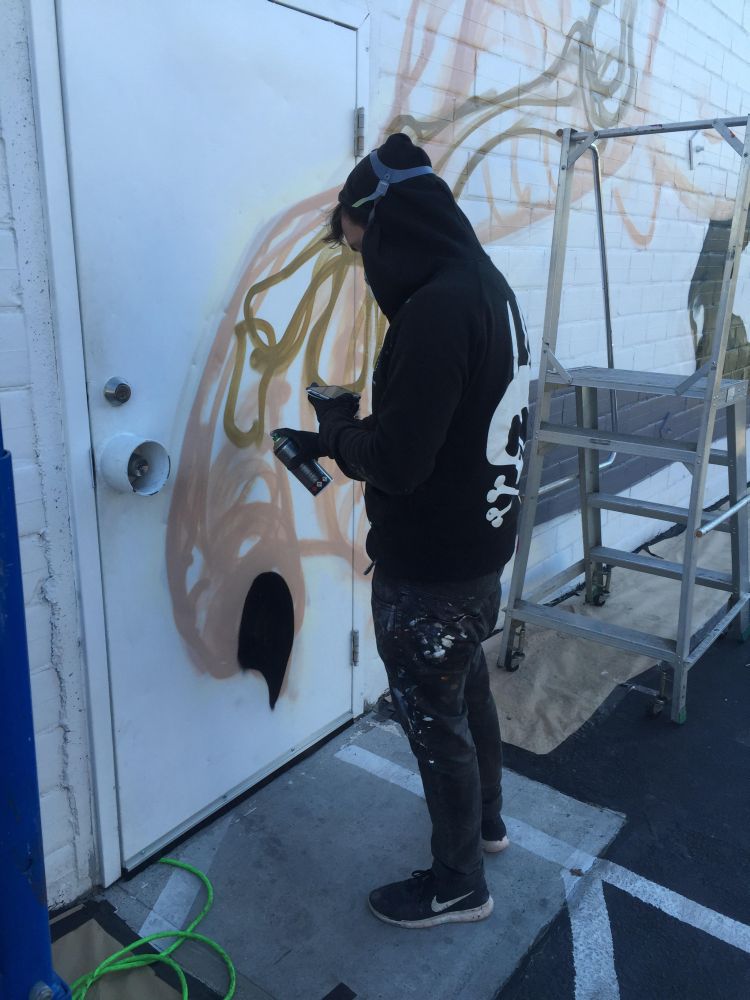 The Austrian urban art and graffiti illustrator Nychos, created a new large scale mural for the FLAX Oakland store. World traveler and founder of Rabbit Eye Movement, he worked over three days with Montana Cans spray paint to create this signature piece. Stop by our back-parking lot off 15th to see work from one of the most sought-after artists of the street scene!

Nychos’ work is well known, appearing in over 15 different cities around the world in both urban environments and solo shows from San Francisco (Fifty24SF) to as far away as Singapore (Mighty Jaxx). Traveling the world, Nychos participates in festivals, conferences and fairs including Art Basel Miami Beach, Pow Wow Hawaii and many other events. We are thrilled to the marrow for this new mural which we can excitedly disclose will involve our favorite dinosaur, the T-Rex! 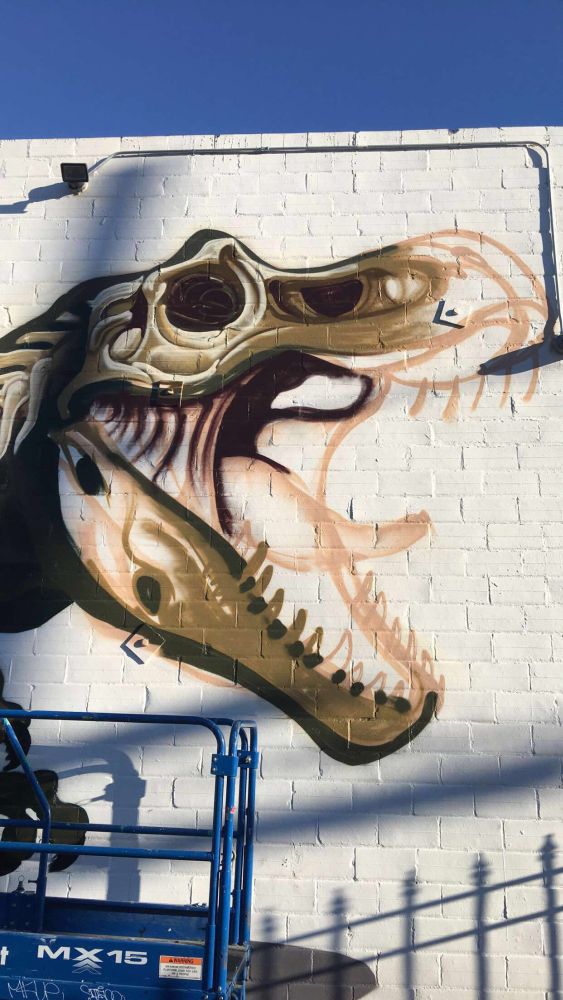 Nychos’ highly recognizable style features dissections and cross sections of human and animal bodies. His interest in the anatomy of animals began at an early age, growing up in a hunting family in Styria, Austria. Other early inspiration growing up in the 80s includes an interest in cartoons and heavy metal. Over the years, Nychos has developed a distinctive style which stands out in his huge and technically outstanding work. The ever-re-interpreted dissected motives along with colorful and at times magically transparent outlines are both beautiful and fascinating. 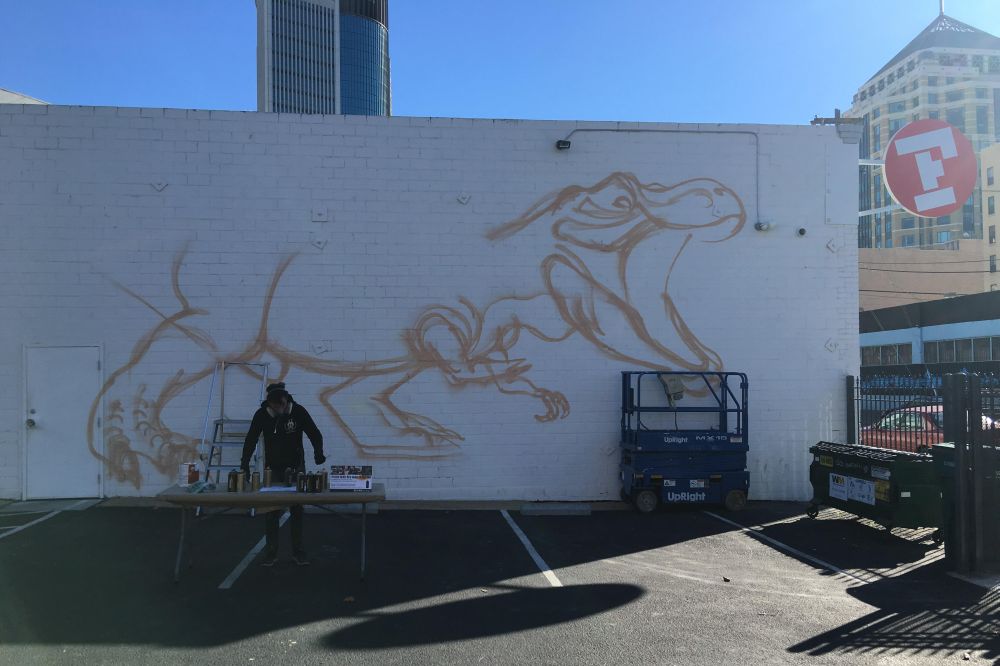 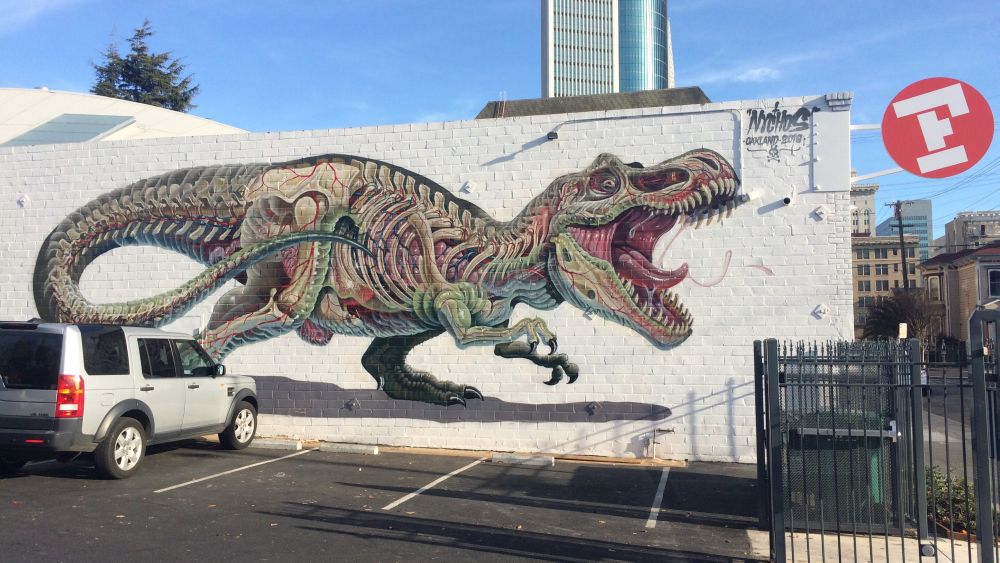 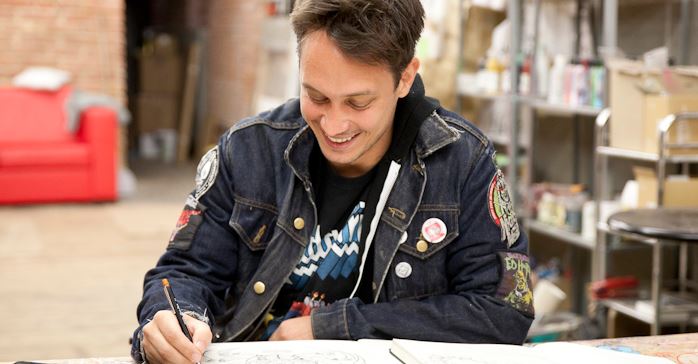 To see other works by Nychos, see Pop Culture Dissections – The latest creations from Nychos.