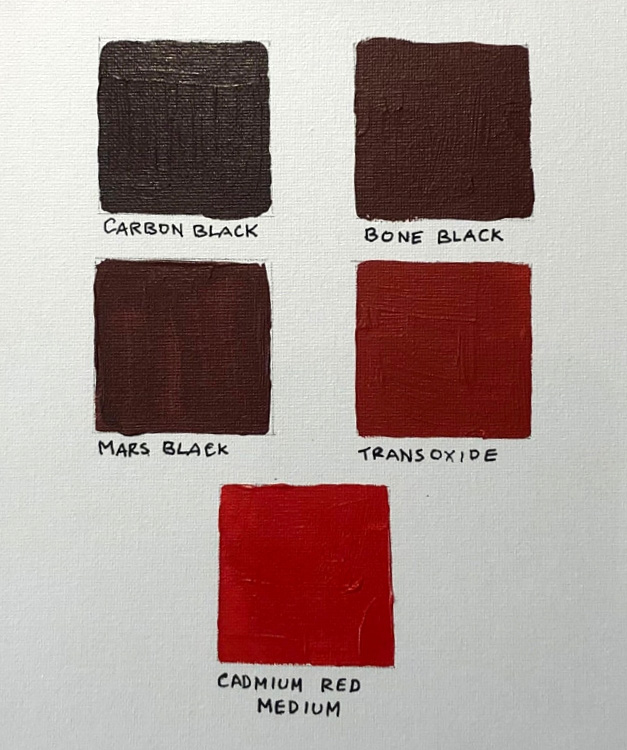 (All swatches are a 1:1 ration of black to red)

Carbon Black (also known as Lamp Black) is a very strong neutral black pigment. As you can see, a little goes a long way. Lamp Black used to be made from the soot that would accumulate on old oil lamps. Nowadays it is produced in a more efficient way and contains pure carbon which is gained from an incomplete burning of oil and gas.

Bone Black (or Ivory Black) is also considered a type of "carbon black" because of how the pigment is made - from the dry distillation of degreased animal bones. It is a good general-use black which has a brownish tone to it.

Mars Black is somewhat weaker in tinting power and has a distinctly warm undertone which can be seen in the tints above. Tinting strength is a paints ability to influence a mix.

Transoxide Black appears as a grey black and is very transparent. It can be very effective when wanting a subtle difference in tone. 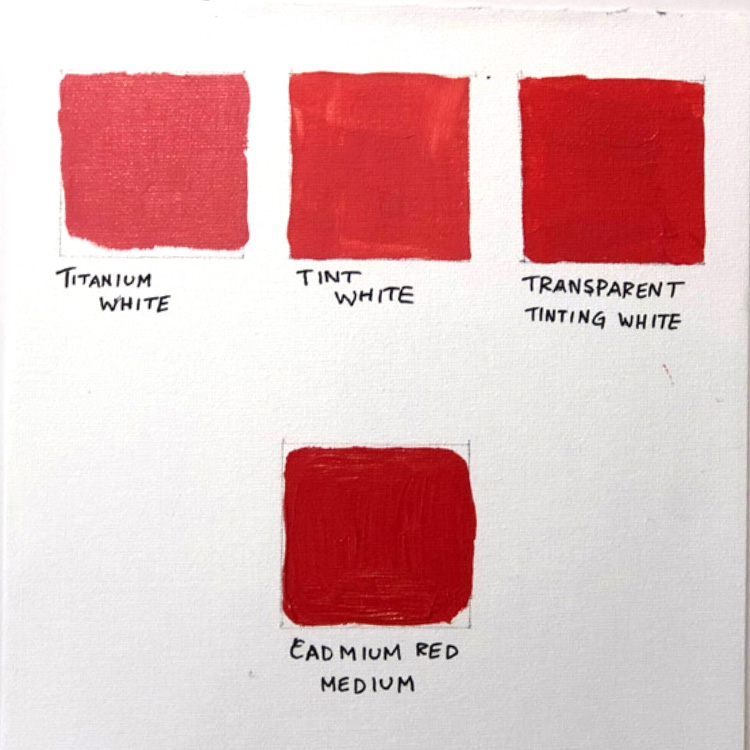 (All swatches are a 1:1 ration of white to red)

Titanium White is an opaque white while Tinting White (or Zinc White) is more transparent. Tint white is what you want to use when working with transparent layers like you would in portraiture. It can be extremely useful on your palette when looking for slight shifts in tone or subtle mixes. If you want to shift tones quickly and use less paint to do it, Titanium white is the one to use.

Swatch testing can be a great way to get to know which white or black to use when you want to shift tones quickly without using a ton of paint, or when you're looking for subtle transparent layers. Keep in mind that colors will differ between different brands. Black and white paints can be very useful if you understand the influence of an opaquer paint versus a transparent one and know how little or how much to use. This knowledge along with an understanding of the visual effects of shading and dulling colors in the real world will go a long way in your painting. 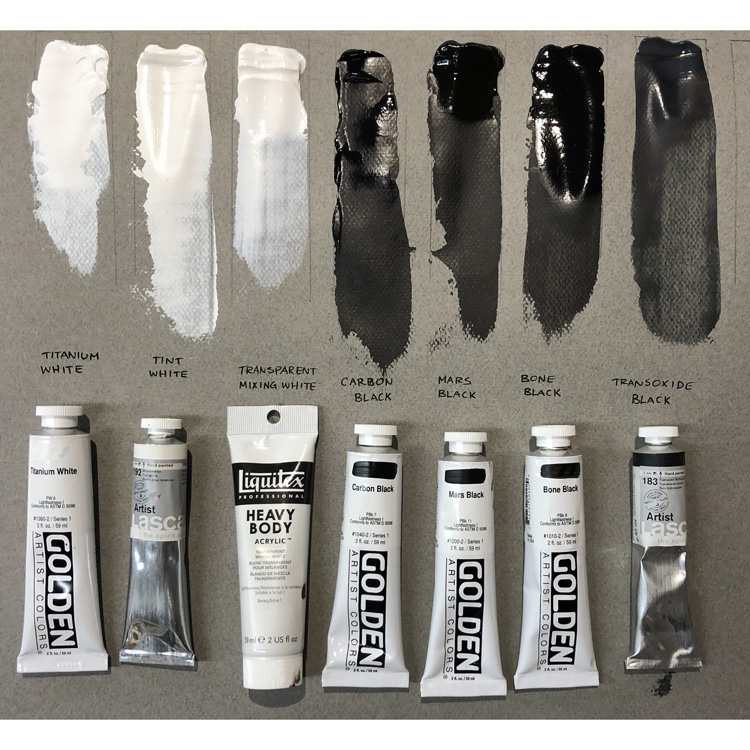