We are please to present the latest mural on our Oakland building, a collaboration between Matt Floriani and Three Thirty Three Arts. The mural is titled Living Decay, and Matt says "this mural was created for the sole purpose of bringing vibrancy and connection to the neighborhood, and to connect people through conversations via the arts. The mural depicts growth and decay as an endless process of life." 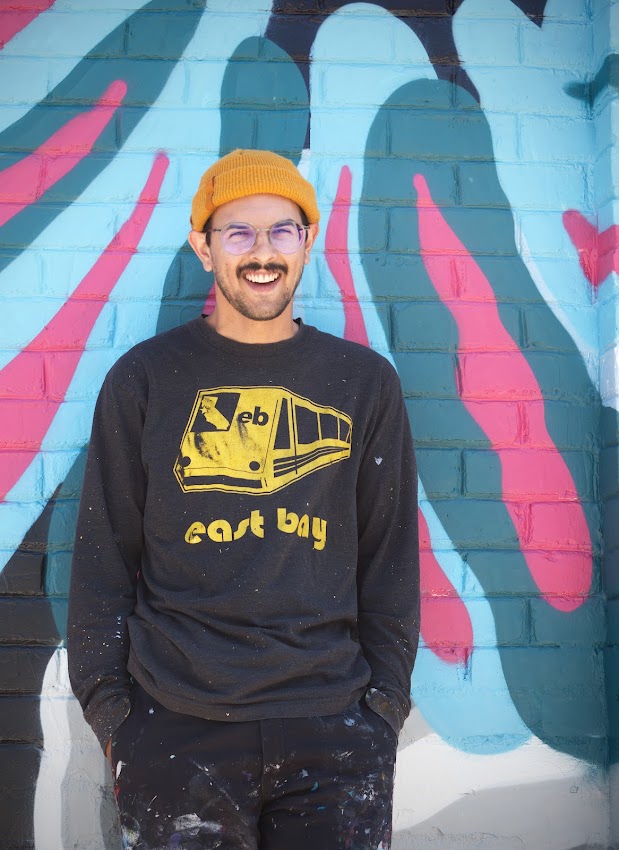 At left, Matt Floriani, with a smile after completing the mural. Matt is an Oakland based artist who has been honing his skills in painting and drawing for the past ten years. Originally a large scale studio painter, he has blended his studies focusing on walls as his main area of attraction and creation for murals.

The 100'+ long mural was sponsored by Flax and Golden Artist Colors. Among the necessary supplies, the artists used MTN 94 spray paints and Golden Mural and Theme paint. 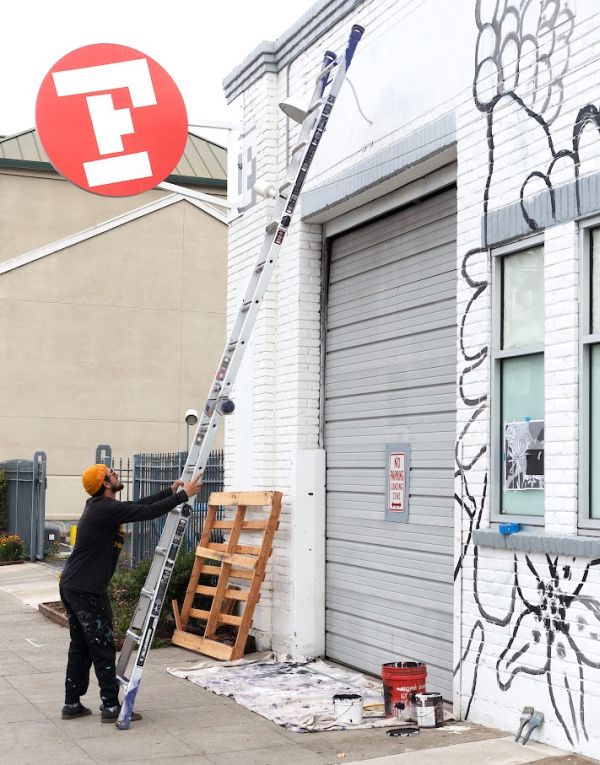 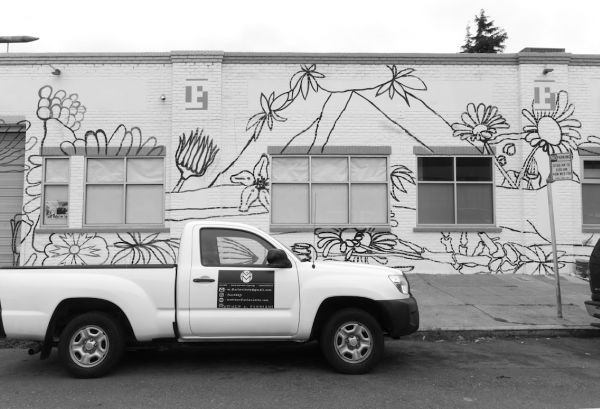 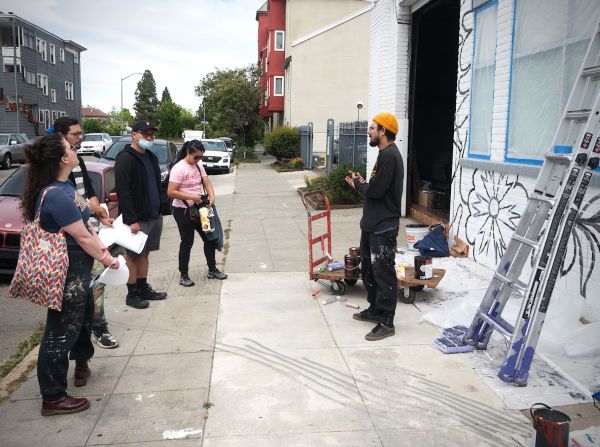 333 Arts kicked off the first two days of the mural event with "jam sessions". This is where emerging artists in the community get to participate in the mural creation alongside 333 Arts support volunteers and the lead painter. Pretty cool! 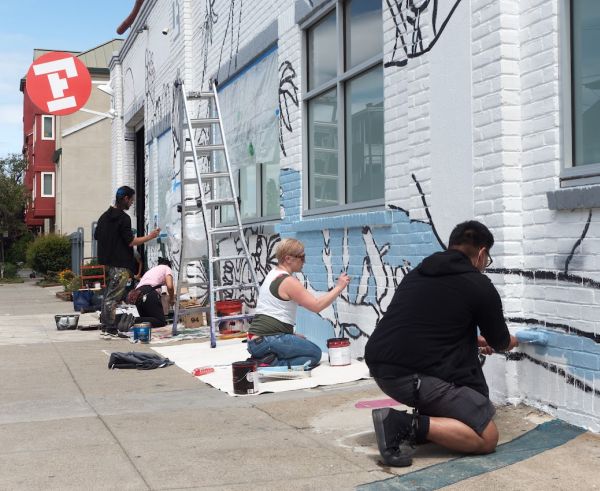 Three Thirty Three Arts is an Oakland-based non-profit that utilizes art and placemaking as a vehicle to make communities more cohesive, more engaging, and more inviting. 100% volunteer-managed, they strive to creating hands-on community art engagement experiences for the public, like being involved in this mural. 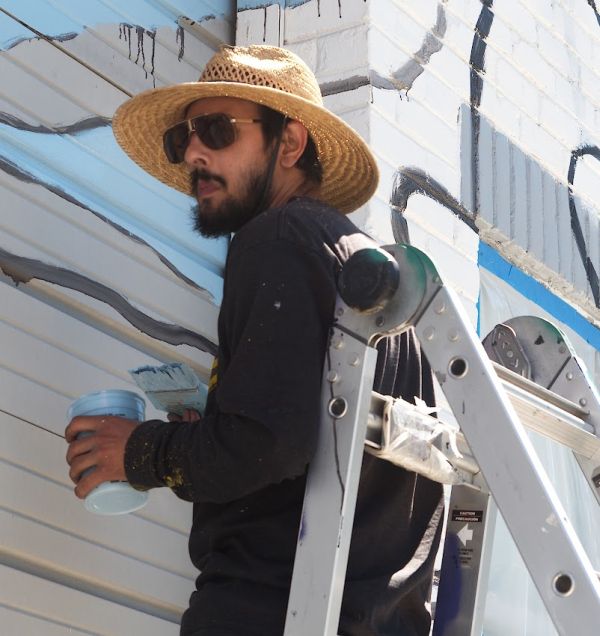 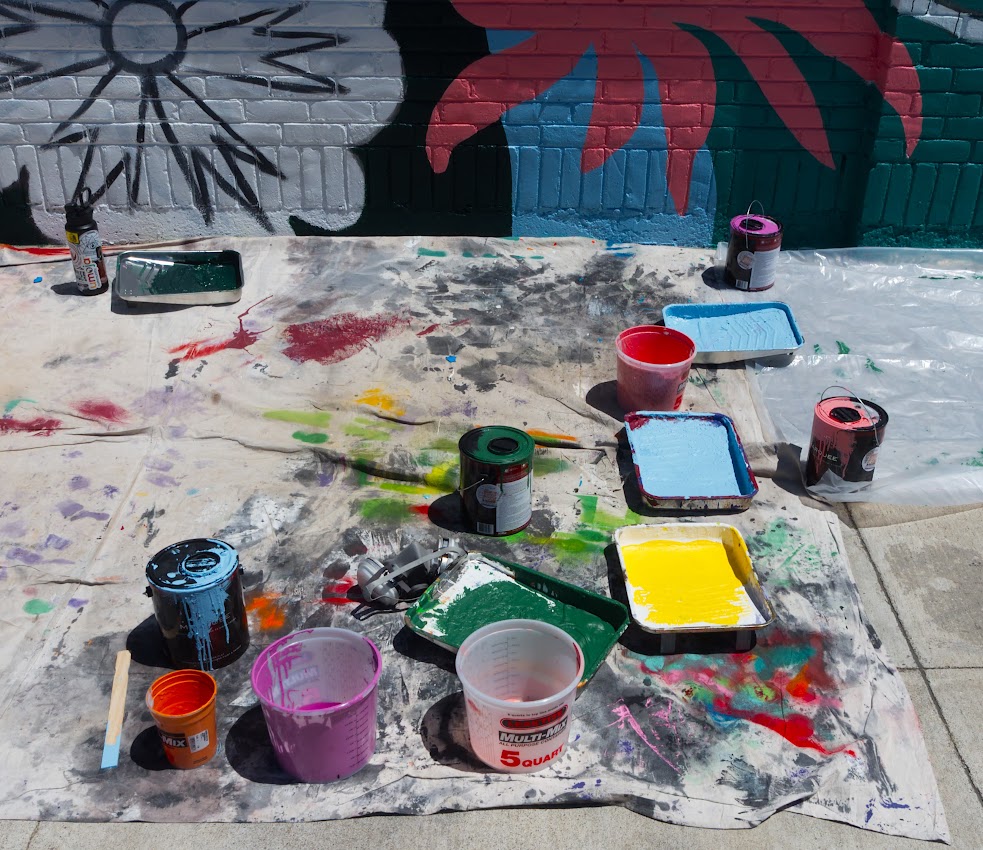 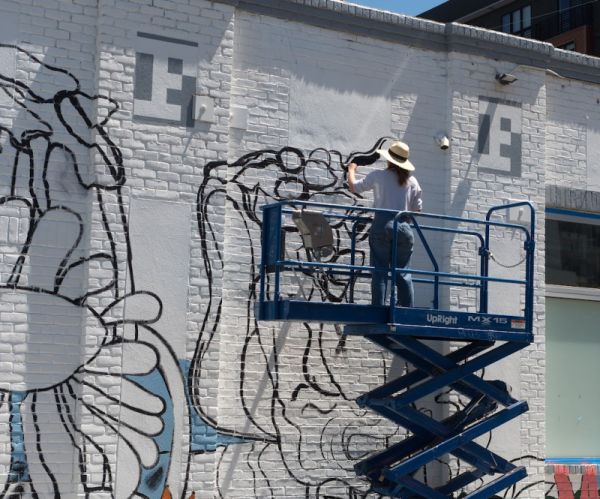 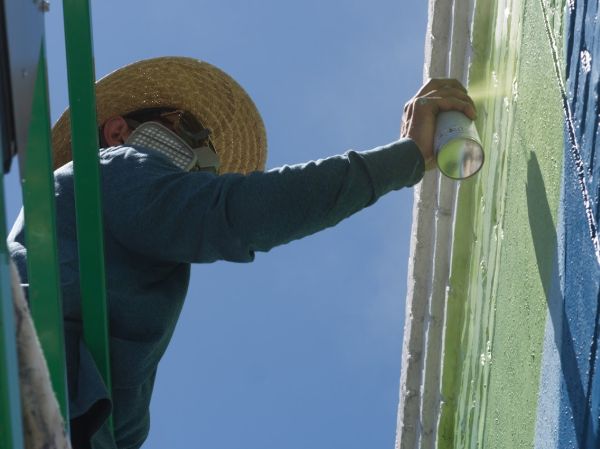 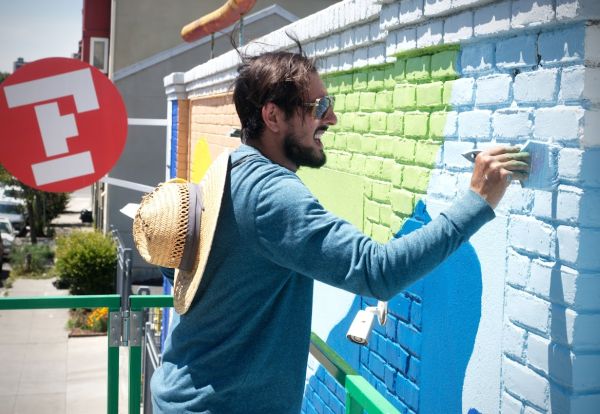 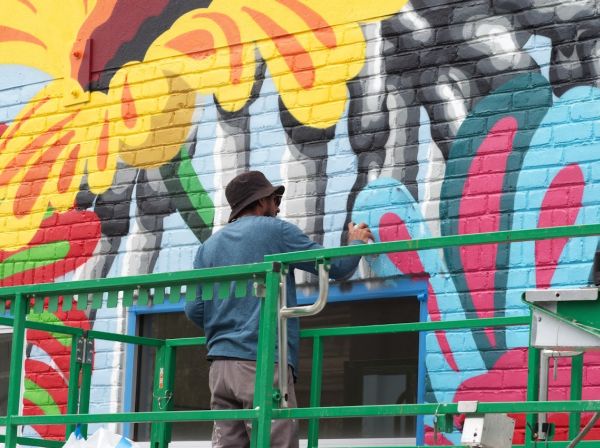 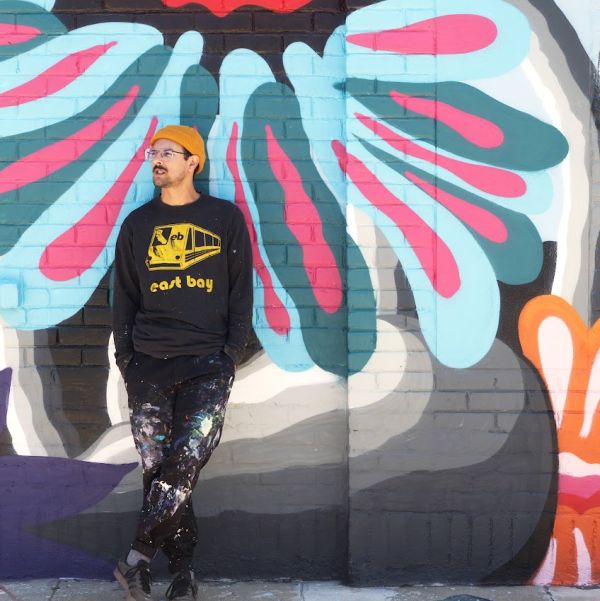 Credit to photographer Jonathan Botkin and Matt Floriani for these images.

Postscript: On this same wall for almost 6 years we enjoyed a mural by Heather Day. It was Heather's first mural in her signature abstract style. Over that time the mural aged and required touch up. Rather than keep the wall, Heather elected to let it go to another artist.