Introducing the Blackwing Vol.4 : A Tribute to the Mars 2020 Rover Mission and the Boundless Reaches of the Human Imagination.

In 2020, NASA will send a rover to Mars to search for evidence of ancient Martian life while testing technologies for future human expeditions. While the engineering designs for the rover and its various instruments are finalized in CAD, its revolutionary robotic arm and zoom-enabled cameras – the first of their kind to be sent to another planet – were first conceptualized in drawings by the team at Motiv Space Systems using Blackwing pencils.

Earlier this year, Motiv delivered their assemblies based on these drawings to begin integration onto the rover. In 2020, they will join the Wright brothers’ wrapping paper sketches and Katherine Johnson’s brilliant calculations as examples of the pencil’s ability to help us reach the sky, space and beyond. 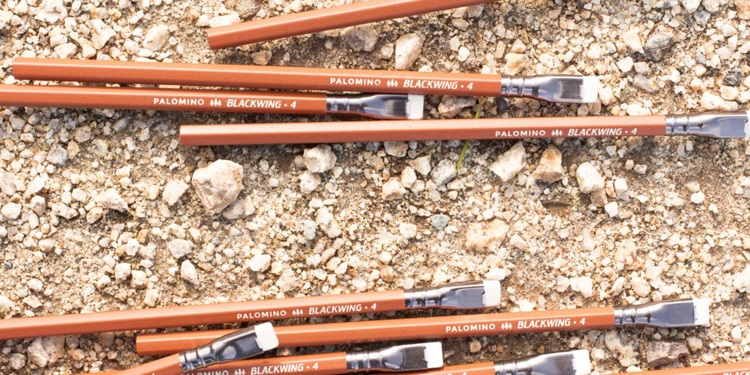 The Blackwing 4 is a tribute to Mars and the upcoming rover mission. It features a rust-colored lacquer and sand-textured finish inspired by the surface of the fourth planet. It also features blackwing's first ever bronze ferrule, a cream imprint and eraser, and soft graphite.

Available in limited supply at both our Oakland and San Franisco store locations.